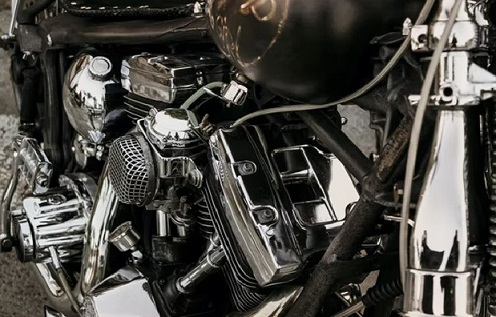 Harley Davidson, in all honesty, is a name for its powerful and high displacement engines that produce precisely a very delicate quality of engines that sounds characteristic to its consumers.

One of the most frequently asked questions about Harley Davidson Evo engines is what are the best years for Harley Evo Motors? If you are looking for this answer, please scroll down below!

What is the best year for Harley Evo Motor? Harley Davidson has come a long way to produce the Evolution engine, popularly known as (Evo) used for different Harley motorcycle models since 1984.

Now let’s proceed further into the details of the Evo engine and how Harley Evo Motor is the most reliable Harley engine, and what are the best years for Harley Evo Motors ever produced.

First manufactured in 1984, Harley Davidson Evo Motors has been acclaimed among motorcycle enthusiasts for its single-cam engine along with its simplicity, serviceability, ease of maintenance, air-cooled, and best of all, reliability as Evo Motors is easy when it comes to mod making, so it has got popularity among seasoned Harley bikers! Or you can say, favorite among Harley riders.

The major opinions often regard the late 90s Evo Motors among the best of all time Harleys ever made! It is strongly agreed that if you are looking for a complete engine that has everything in it: Reliability, lightness, decent power, and best part, widespread parts availability. So the years 90s and late are considered the years in which Harley Davidson strongly upheld their value and potential very well by making good Evo Motors that are still ripping the streets.

More Specific Models in the Evo Motors (The Most Reliable!)

As discussed earlier, Evo Motors is one of the simplest, most reliable, and dependable engines to be fairly called. Evo Motors has been manufactured to work on with ease. Harley Davidson’s Evo Motors were known to be the engines that have saved Harley Davidson in the most challenging times of bankruptcy.

Harleys Evo Motors has been credited with saving Harley Davidson from bankruptcy during the early 1980s. So after that event happened, Harleys named the engine “evolution” strategically, which gives a meaning of a rebranding process to redefine the new image of Harley Davidson that helped regain Harleys its dwindling market share.

When looking for some more specific models from Harleys Evo Motors, it is highly recommended that the models produced after 1995 were the most reliable and worth every penny. So if you are looking for Harleys with Evo Motors, it is recommended that you shop for a model with a carburettor rather than a fuel injection system because Harleys are best known for their old school style carburettor installation.

Harley Davidson 1990 and later Evo Motors have engines that last longer! EVOs of those years can probably travel 80-100,000 miles easily only if they are appropriately taken care of and provide services and maintenance after regular intervals.

So after the CVO models came in, it started to offer a similar service as EVO engines in 2000, which eventually stopped Harley Davidson from making the best Evo Motors. The production rolled off the line.

Until 2000, when the last Harley Davidson Evolution Motor was produced.

• What year is the Evo engine the best?

Harley Davidson Evo engine is the most reliable and best engine ever made by the company. The efforts are genuine. The engine performs simply, with delicate power best in 1990 and specifically in the late 90s. Harleys Evo engine saved their name in the most challenging times and is considered the engine that saved them from bankruptcy when they were first made in 1984.

Yes. Harley Davidson Evo Motors are the most reliable among the motorcycle enthusiasts that it has become their all-time Harley’s favourite. However, riders might also face some cam bearing problems on the Twin Cams till 1999 according to the most honest reviews. Despite this, they are the best Harleys ever made!

• How long does a Harley Evo Engine last?

Harley Davidson Evo Engines last for about 80-100,000 miles in the models of 1990 and later. However, maintenance at regular intervals is necessary to gain it.

• What years did Harley have the Evo engine?

Harley’s Evo engine came in 1984 and remained until 2000. After 2000, the production rolled off line for motorcycle models.