What Gear For What Speed Km/h Motorcycle? (Beginner Bikes)

Regardless of the speed in which you are in, the majority of bike riders don’t even know how and when to change the gears? And at what speed?

The need to change the gears while you are riding comes from instinct because the ideal speed varies from situation to situation. There is a rule for changing the gear, but, focusing on the speed of the bike is more of an indication than just following the rules-based gear shifting.

If you are new and are learning to ride a motorbike, don’t freak it! Over time, you will learn about changing the gears at the ideal speed based on your instincts only, but before you reach that level of practice, we will guide you on shifting gears on a motorcycle. Let’s ride into the next section:

When to shift gears on a motorcycle? [At what speed]

The majority of motorcycles in the market today come with a manual gearbox which includes a lever called the clutch. It means the rider needs to do a manual shift of the gear because the vehicle’s mechanics will not change it automatically for you. To make it simpler, we will dissect the shifting gears into six shift patterns.

Basically, in a 6-speed motorcycle, the bike’s engine will tell you that there is a need to shift the gear. You need to focus on how your engine sounds or responds at a certain speed, plus, while riding you always need to listen and feel your motorcycle for everything which feels off or feel like it doesn’t usually happen, or a difference in the pattern that something is not working quite right.

For the third gear, the rpm and speed of gears are slightly different for different motorcycle make and model. The ideal speed range for the third gear is between 30 km/h to 40 km/h. The speed is more of an approximate guide to which the rider needs to adhere strictly.

For the fourth gear, the ideal speed range is between 40 km/h to 55 km/h. It is also more of an approximate guide. The fourth gear is when you actually start to speed up your motorcycle. Although you can also shift to the fifth gear at 50 km/h. The speed at the fourth gear is substantial and might cause injury to the rider in event of an accident.

The ideal speed for fifth and sixth gears is higher than 55 km/h. To attain this speed, your motorcycle should be riding on a highway or the road with no traffic at all.

You can also shift to the fifth gear at the speed of 55 km/h. Since the speed is higher, riders always need to be ready to shift down the gear quickly.

What speed should you shift gears on a motorcycle?

What rpm to shift gears on a motorcycle? 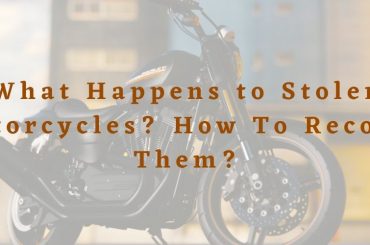